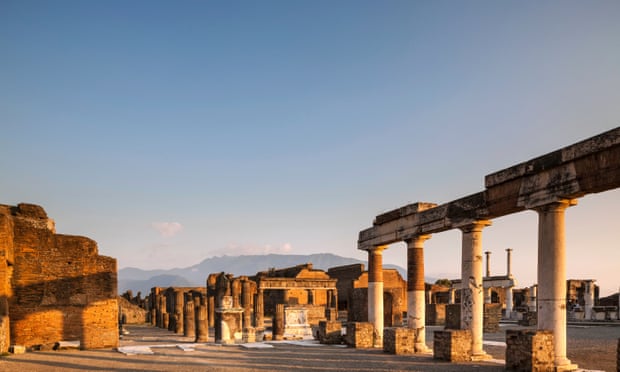 CBC – The investigation of an illegal dig led to a remarkable discovery.

Officials at the Pompeii archeological site in Italy announced Saturday the discovery of an intact ceremonial chariot, one of several important discoveries made in the same area outside the park near Naples following an investigation into an illegal dig.

The chariot, with its iron elements, bronze decorations and mineralized wooden remains, was found in the ruins of a settlement north of Pompeii, beyond the walls of the ancient city, parked in the portico of a stable where the remains of three horses previously were discovered.

Rome, Italy (CNN) — Excavators have discovered a large four-wheel ceremonial chariot at a villa near Pompeii, an ancient city in southern Italy.Excavators found the bronze and tin chariot almost fully intact, with wooden remains and the imprint of ropes, according to an announcement on Saturday from the Archaeological Park of Pompeii.”It is an extraordinary discovery for the advancement of our knowledge of the ancient world,” said the outgoing director of the park, Massimo Osanna. “At Pompeii vehicles used for transport have been found in the past, such as that of the House of Menander, or the two chariots discovered at Villa Arianna, but nothing like the Civita Giuliana chariot.”The villa, north of Pompeii in Civita Giuliana, had a stable where the remains of three horses were found in 2018, including one which was harnessed. The chariot was found inside a double-level porch which probably faced onto a courtyard, not far from the stable.

Pompeii’s new director: ‘Excavation is always a kind of destruction’

The Guardian – abriel Zuchtriegel is used to ruffling a few feathers. In 2015, the German archaeologist was hired to manage Paestum, a vast park of ancient Greek ruins in the southern Italian region of Campania. He was among the first crop of foreigners picked to direct an Italian museum or cultural site as part of what was a contentious drive to revamp the management of the country’s heritage. Not only was he foreign but he was the youngest person in charge of a major site.