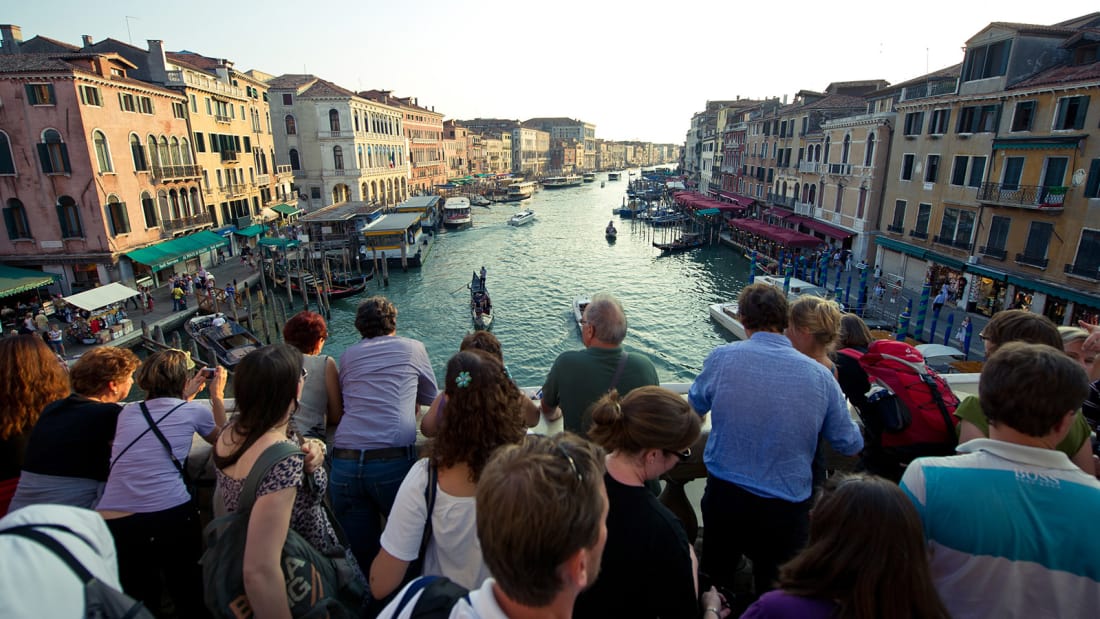 Venice and Florence demand a curb on Airbnb

(CNN) —  Tourists sprawled over sidewalks, garbage piled up in the streets, and thousands-strong lines to enter museums. Overtourism feels a long time ago now, but the after effects are still being felt in Italian cities, where locals have been squeezed out by Airbnbs, businesses have been drowned out by souvenir shops, and whole economies have been hijacked by tourism, and then hung out to dry.

But while destinations flex their marketing budgets for post-pandemic trips, and countries and continents start to put together vaccine passport plans, two of Europe’s cities that were hardest hit by overtourism have put together a manifesto for the tourism of the future. Florence and Venice’s joint “Decalogo” — literally a list of Ten Commandments — has been sent to the Italian government. It outlines 10 things the authorities of the two cities want to see happen as thoughts turn towards the return of travel.And as part of that, they want to limit Airbnb.

“The short-term rental phenomenon needs to be better managed with clearer rules nationally,” says the document, stating that some people “hide a business behind a rental” without being subject to the same regulations as the hospitality profession. In addition, rentals pay considerably less tax than B&Bs and hotels — 21% compared to 60% — meaning they can happily undercut registered businesses.”The consequence is that too often an unskilled offering weakens the country’s overall offering,” they state, adding that short-term rentals are “unfair competition” with hotels and can “generate problems in the area,” when they’re apartments within a residential block.Rentals “encourage the emptying out of historical centers because of the surge in costs of renting over medium- and long-term periods.”This hollowing out, perhaps not so visible until now, and maybe underestimated, is now clear to everyone — especially in cities such as Florence and Venice,” the report adds.