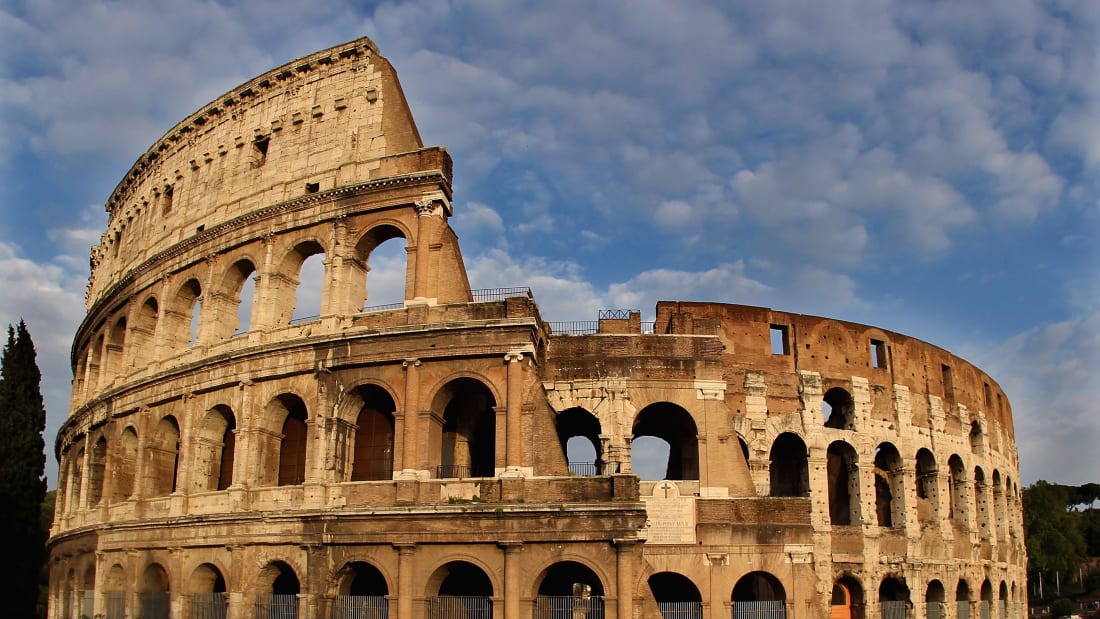 The floor is expected to be finished by 2023. At present, the 2,000-year-old monument has no floor. It was removed by archaeologists in the 19th Century, exposing the underground network of tunnels where gladiators and animals were held before the Roman blood sports began. Mr Franceschini said the “extraordinary” new floor would allow visitors to “see the majesty of the Colosseum” from its centre. “It’s another step forward toward rebuilding the arena, an ambitious project that will aid the conservation of the archaeological structures while getting back to the original image of the Colosseum,” Mr Franceschini said.

CTVNews- A project to build a high-tech, lightweight stage inside the Roman Colosseum will allow visitors a central viewpoint from within the ancient structure “to see the majesty of the monument,” Italy’s culture minister said Sunday. Dario Franceschini announced a 18.5 million euro (US$22 million) contract to build and install the retractable structure that will restore the traditional “arena,” or stage for combat for gladiatorial shows in ancient Rome. The stage was original to the first-century amphitheatre and existed until the 1800s when it was removed for archaeological digs on the subterranean levels of the ancient structure, Franceschini said.

CNN – A new arena floor will be added to Rome’s iconic Colosseum to give visitors an idea of how the ancient Italian structure looked when gladiators fought there.The project “will give us back the same vision from the stage of the monument that it had in ancient times,” Colosseum director Alfonsina Russo said in a press conference Sunday.Italian Culture Minister Dario Franceschini hailed it as an “extraordinary project,” which will allow visitors to walk on the new floor and go to the center of the Colosseum.The floor will serve as a stage for cultural events and visitors will be able to see the monument as it was until the 19th century, Franceschini added.The former battleground of gladiators — first opened nearly 2,000 years ago, in 80 A.D. — had its arena floor removed in the 19th century by architects hoping to get a look at its subterranean passageways.

The New York Times – The winning design for a new floor for the Roman landmark, planned to be ready for 2023, will cover the exposed subterranean chambers and reconnect “the thread of time.” It is a view that gladiators would once have experienced as they prepared for mortal combat: staring into the banked crowds of the Colosseum, perhaps under the gaze of the mighty Roman emperor himself. Nearly 2,000 years later, visitors to the Colosseum will again be able to stand in almost the same place and imagine the spectators’ roar, after the Italian Culture Ministry on Sunday announced the winning project in a competition to build a replacement floor for the landmark in Rome. The chosen design features a lattice of specially treated wooden slats that can be rotated to allow air to circulate and to expose the beehive of subterranean corridors. It was created by a team led by Milan Ingegneria, an engineering consulting company, and is expected to cost about 15 million euros, or $18 million. The surface is expected to be in use by 2023.a

The Guardian – Retractable floor will allow visitors to see the ‘majesty of the monument’ from its centre, says culture minister

The floor of Rome’s Colosseum, where gladiators once fought against each other and wild animals, is set to be restored to its former glory. Milan Ingegneria, a structural engineering and architecture firm, has won an €18.5m (£16m) bid to build and install a retractable arena floor that will allow visitors “to see the majesty of the monument” from its centre, culture minister Dario Franceschini said on Sunday. The project is expected to be completed within the next two years. “In 2023, we will have the splendour of the Colosseum with its arena again,” Franceschini added. The Roman amphitheatre, completed under Emperor Titus in AD80, once had a wooden floor covered with sand that was built on top of a network of tunnels and rooms where gladiators and animals waited before entering the arena.