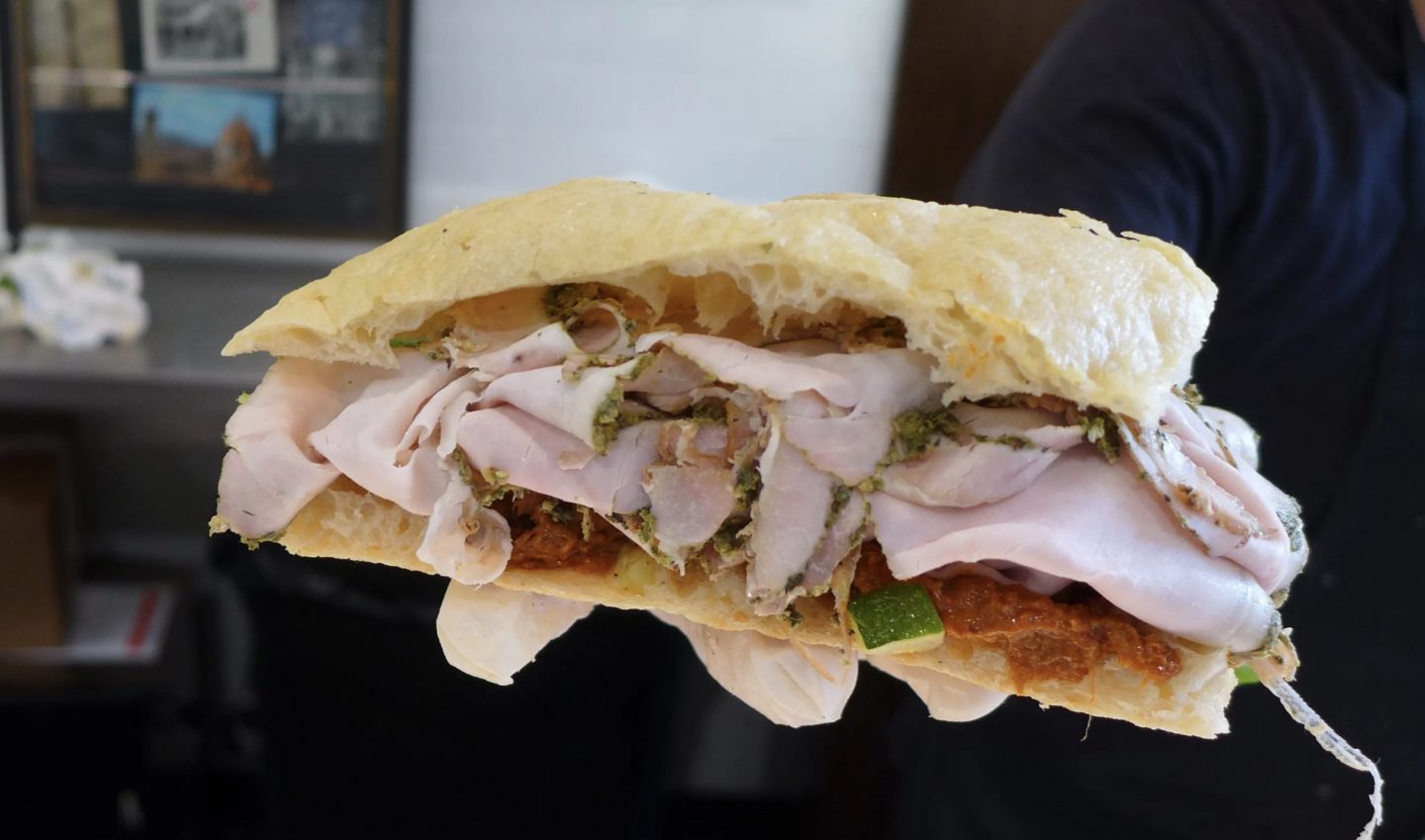 All’AnticoAll’Antico Vinaio was opened by the Mazzanti family in the city center of Florence, Italy, in 1989. It started as a wine bar with a small sandwich counter, but over time it occupied four storefronts in the vicinity and one in Milan, most with sandwiches as the main focus, becoming a tourist attraction unto itself almost as much as the nearby Uffizi Gallery and Palazzo Vecchio. Lines trailed out the door in the narrow twisting streets, as customers stood outside to eat.

Now, All’Antico Vinaio (which translates to “ancient wine merchant”) has arrived here with a bang. NYC’s branch is located on Eighth Avenue and 46th Street just west of Times Square. There’s no place to eat but a small standing counter (though a dining room is apparently opening next door). Most of the interior is taken up with a glass case that displays cold cuts that are the stars of the show, as well as the creamy toppings and vegetables that add to the hit sandwiches. Among the cold cuts are luscious porchettas, aged cheeses, balls of fior di latte, and imported salamis, many of Tuscan origin.