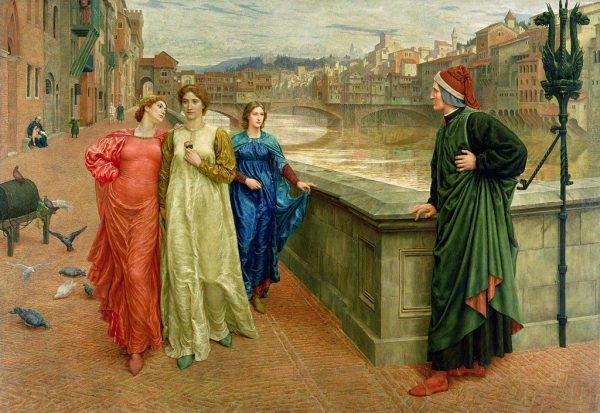 This year, Italy marks the 700th anniversary of the death of the Dante Alighieri (1265-1321), the master poet known as the Father of the Italian language. On February 3rd, join us for the first of our commemorative events with “Dante’s Others”, a special presentation by Prof. Teodolinda Barolini.

In this webinar, Prof. Barolini will unveil Dante’s views of “others” in the Divina Commedia and ponder on sexuality issues – his views on women and homosexuality, as well as his attitude towards non-Christians.

Teodolinda Barolini is Lorenzo Da Ponte Professor of Italian at Columbia University. She is a member of the Accademia Nazionale dei Lincei and the Accademia Olimpica, as well as Fellow of the American Academy of Arts and Sciences, the American Philosophical Society, and the Medieval Academy of America. She served as the fifteenth President of the Dante Society of America.

Barolini is the author of Dante’s Poets (1984; Italian trans. 1993), The Undivine Comedy: Detheologizing Dante (1992; Italian trans. 2003), Dante and the Origins of Italian Literary Culture (2006; Italian trans. 2012), and the editor/commentator of Dante Alighieri, Rime giovanili e della ‘Vita Nuova’ (2009), which appeared in English as Dante’s Lyric Poetry: Poems of Youth and of the ‘Vita Nuova’ (2014). Editor-in-Chief of Columbia’s Digital Dante website, Barolini has written the first on-line commentary to the on-hundred canti of the Commedia, the Commento Baroliniano.