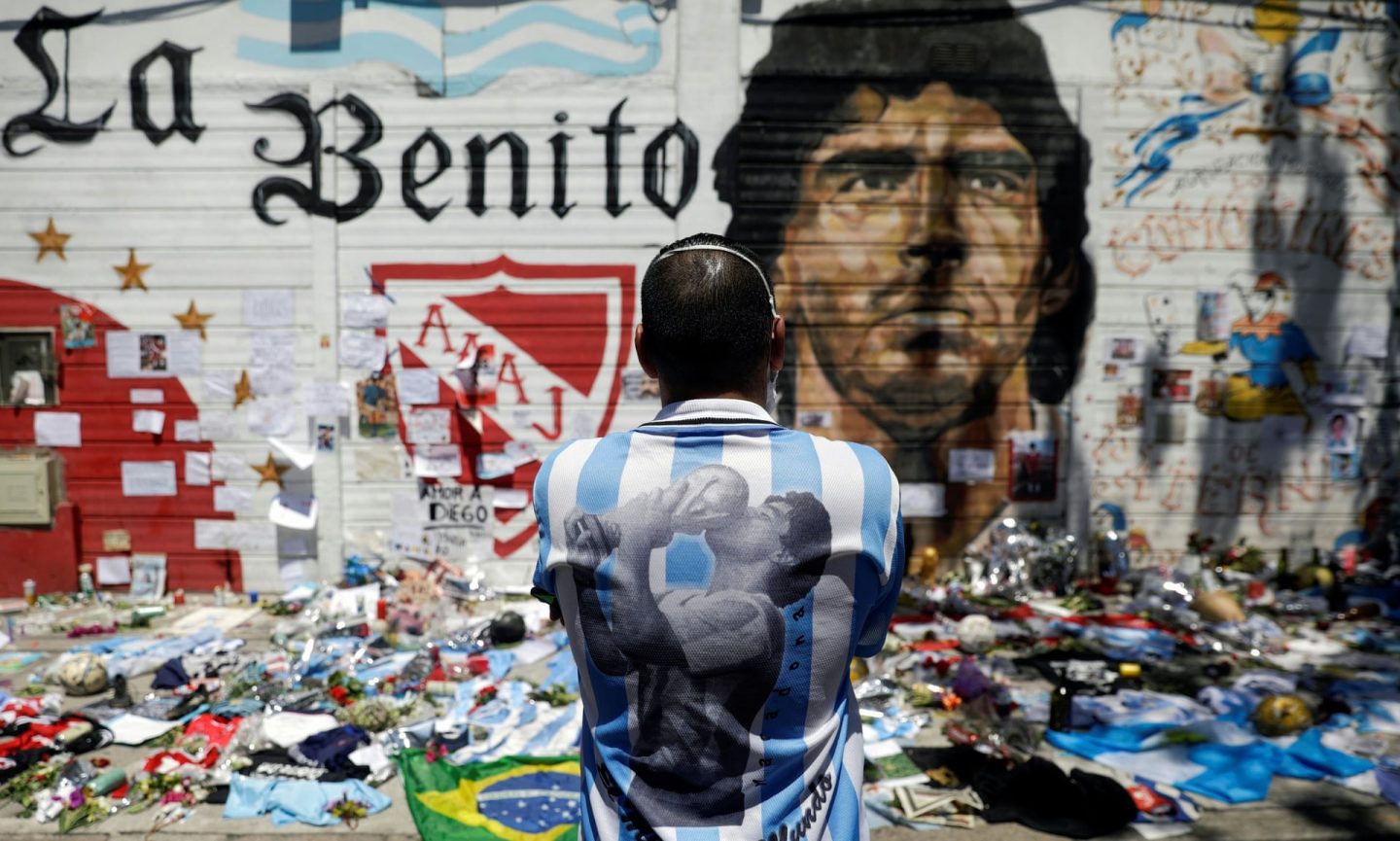 Football was only part of it: Diego Maradona transcended sport, Uki Goñi

For a nation prone to frequent lamentation over its missed opportunities, crashing from the world’s 10th wealthiest economyper capita in 1913 to a constant teetering at the edge of economic and social collapse for the better part of the past century, Argentina has produced an astonishing array of instantly recognisable global icons.

Eva Perón, unanointed queen of Argentina’s “shirtless” working class, was transmuted into Santa Evita, whip-master of Argentina’s oligarchy, by Andrew Lloyd-Webber and Tim Rice. There’s Che Guevara, who traded the rugby pitch of Argentinian high society to trudge through revolutionary Cuba alongside Fidel Castro. And Pope Francis, detested by the medieval-minded conservative wing of the Roman Catholic church for his championing of the poor.