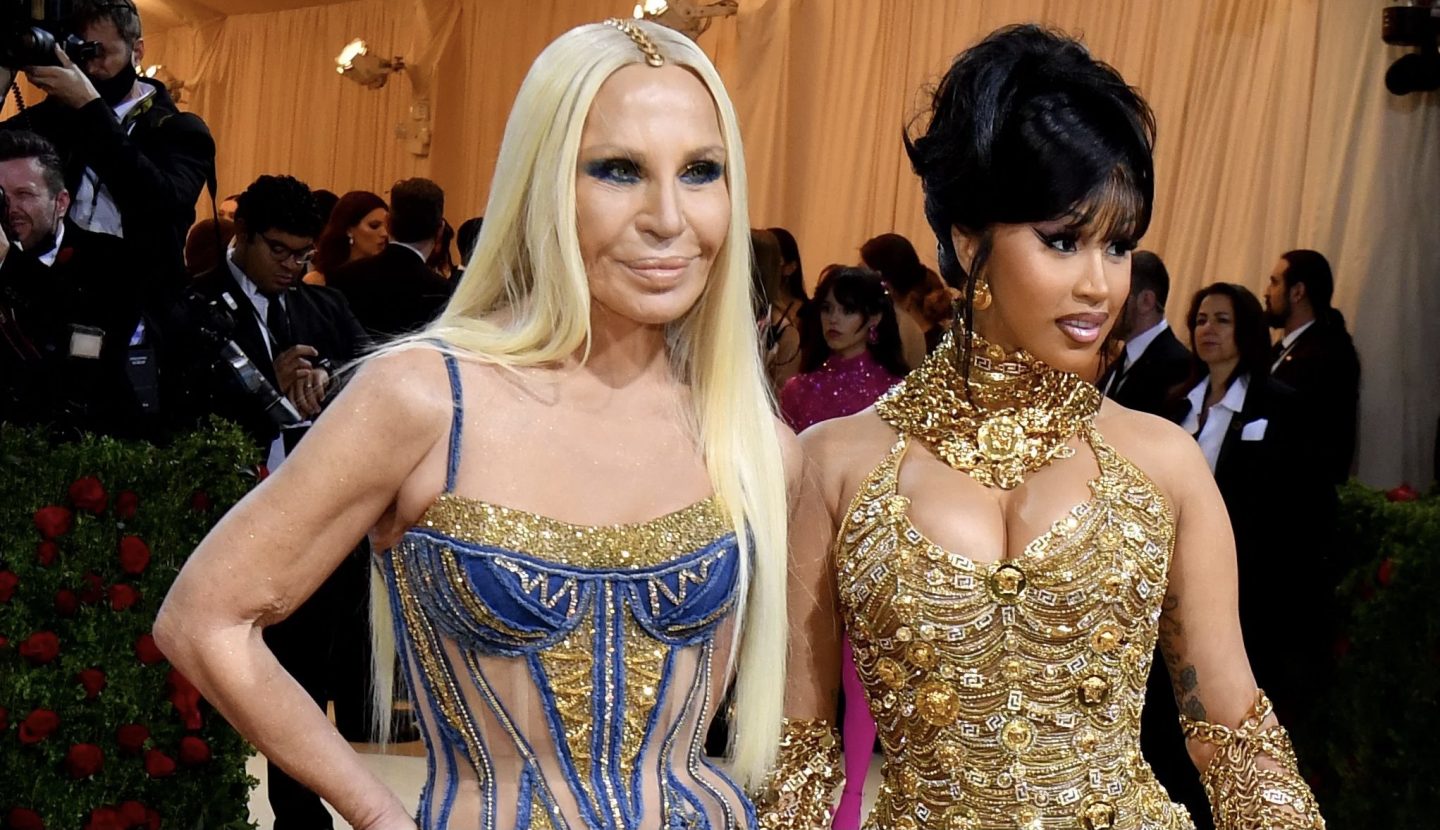 CNN -Blake Lively paid tribute to New York City architecture in a shimmering gown that dramatically transformed as she walked the Met Gala red carpet on Monday night.Lively and husband Ryan Reynolds are co-hosts of the event, and while Reynolds wore a more classic tuxedo by Ralph Lauren for the theme “Gilded Glamour and White Tie,” Lively stunned in a custom Versace dress inspired by Art Deco design and the details of some of New York’s most famous landmarks.

The evening’s dress code was inspired by the Gilded Age, the 30-year period at the end of the 19th-century that saw skyrocketing wealth for industrialist families in the US and over-the-top fashion for New York City’s upper crust.When Lively first arrived, the glittering, beaded Versace dress was wrapped by an oversized coppery satin bow. But as she ascended the stairs to the entrance of the Metropolitan Museum of Art, her bow was released to reveal the rest of the sweeping ensemble: A long skirt in an aged copper tone, paying tribute to the patina of the Statue of Liberty.

“I’ve patinated,” Lively told LaLa Anthony during Vogue’s live stream. “This dress is an homage to New York City and so many of the classic, iconic buildings.” She showed off some of the dress’s subtle references: “This is detailing from the Empire State Building, some of the draping from the Statue of Liberty…(and) the constellation from Grand Central Station.”Tiaras have shown to be the accessory of the night, and Lively was one of many who sported the accessory. Hers was an elegant band featuring seven spikes, another reference to Lady Liberty. Symbolizing the seven continents, the actor explained they represent “inclusivity, welcomeness, and freedom.” She also requested from jewelry designer Lorraine Schwartz to feature 25 stones for the 25 windows of the iconic statues.

At this Met Gala After-Party, Cardi B Sang Donatella Versace “Happy Birthday” to a Crowd Including Billie Eilish and Emily Ratajkowski

Vogue – Everyone knows that after the party, it’s the after-party. But when the event is as big as the Met Gala, you need multiple after-parties—because people like options! While Met Gala after-parties come and go, there’s really only been one post-gala celebration with such a history as those hosted at The Top of the Standard. It’s the only after-party that consistently happens after each Met Gala and there’s a reason for that—year after year, it’s been a damn good party.

This year, it was Cardi B and Playboy magazine hosting the fete, which lured the most starry of Met Gala guests. There was Emily Ratajkowski, now in a chartreuse mini dress. There was Billie Eilish, giving us Matrix vibes. There was Ansel Elgort in a white tux and Jared Leto in black gloves and dotted swiss. More guests included Kieran Culkin, Ziwe, Justin Theroux, and Laura Harrier.

Though there were many designers in the house (Fernando Garcia, Laura Kim, Donatella Versace, Marc Jacobs), Cardi B was most certainly the night’s fashion queen. She slipped out of the incredible sculpted medusa coin Versace dress she wore to the museum and now Cardi wore a (still Versace) little black and gold dress. “What’s up, everybody!! Welcome to the official Met Gala after-party/ hosted by me and Playboy. Whatever you got to do, I want everybody to turn it up, I want everybody dancing! What happens at this party, is going to stay in this party,” Cardi announced to the crowd from her perch on top the bar.