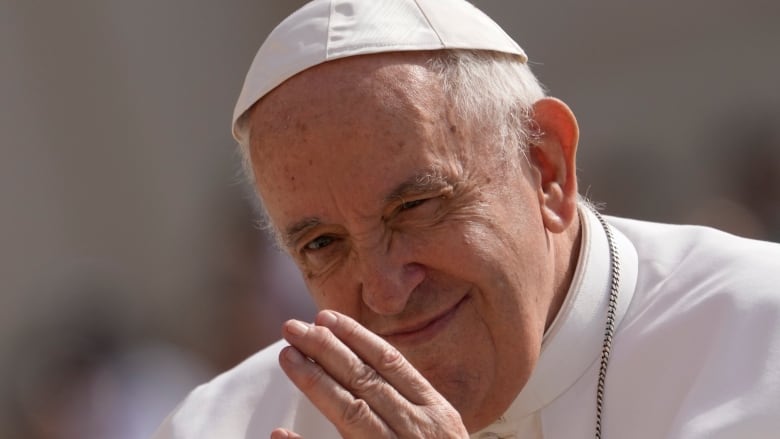 CBC – Linda Daniels is getting ready to leave Portage la Prairie, Man., to travel to Edmonton for the Pope’s first stop in the Canadian Papal visit.

The 68-year old who was forced to attend the Sandy Bay Residential School is nervous about the emotions she’ll feel if the Pope delivers an apology for the church’s involvement in the residential school system.

“Once he says the apology … I know it’s going to be hard,” said Linda, who was overcome with emotions.

Linda is traveling with a Manitoba Assembly of First Nations delegation, and will be accompanied by family — including her brother Ernie Daniels, who is a survivor of the Portage la Prairie Residential School.

This week’s trip to Edmonton won’t be the first time Linda has met the Pope. She was part of the First Nations, Inuit and Métis delegations that went to the Vatican earlier this year.

Global News – Susan Enge will be thinking of her mother’s time in a residential school during the long journey south from the Northwest Territories to see Pope Francis in Alberta.

Her thoughts will linger on that legacy and the complexities of being Indigenous and Catholic during the eight-hour drive from her home in Fort Smith to Yellowknife, where she is to join a flight to Edmonton on Sunday.

“Being a strong Catholic, I think it’s important to forgive people for their wrongdoings,” she says.

“It’s a personal choice and a personal journey for everyone who is seeking healing from the Pope’s messaging.”