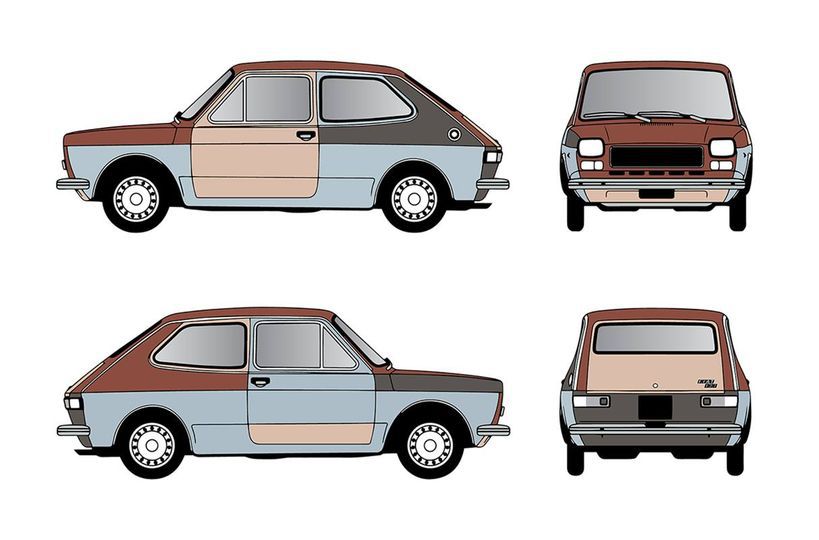 The Italian Cultural Institute of Montreal, on the occasion of the XVII edition of the Contemporary Day, is pleased to present the photographic exhibition "Drive tour" by Cristian Chironi, winner

The Italian Cultural Institute of Montreal, on the occasion of the XVII edition of the Contemporary Day, is pleased to present the photographic exhibition “Drive tour” by Cristian Chironi, winner of the “Cantica 21” project in the “Over 35” category.

Drive Tour is the photographic evolution of two interdisciplinary projects, My house is a Le Corbusierand Drive. Like the other two it is an itinerant work, which combines architecture, design, travel and landscape: a constellation of paths that leads the artist to move from his native village in Sardinia, towards the main Italian cities and European. On the street he is aboard a Fiat 127 Special called “Camaleonte” designed by Chironi himself because of his ability to change color according to the places where he stops and following the chromatic combinations typical of the architectures in which the artist lives and works. out of twelve countries in the world.

Cristian Chironi, was born in Nuoro in 1974, lives and works between Bologna and Europe. He studied at the Academy of Fine Arts in Bologna Bologna. He uses different languages, making them often dialogue together.

The Contemporary Day  is the great annual event promoted by AMACI that celebrates contemporary art by bringing out, with force and in a single day, the network of subjects and realities that promote contemporary art throughout the year, in Italy and abroad, through the diplomatic-consular network and the Italian Cultural Institutes. The initiative is carried out with the support of the General Direction for Contemporary Creativity of the Ministry of Culture, in collaboration with the MAECI.

Cantica21 is an initiative launched jointly by MAECI and MiBACT (current MiC) that promotes and enhances Italian contemporary art, supporting the production of works by emerging or already established artists, and exhibiting them in Italian Cultural Institutes, Embassies and Consulates.