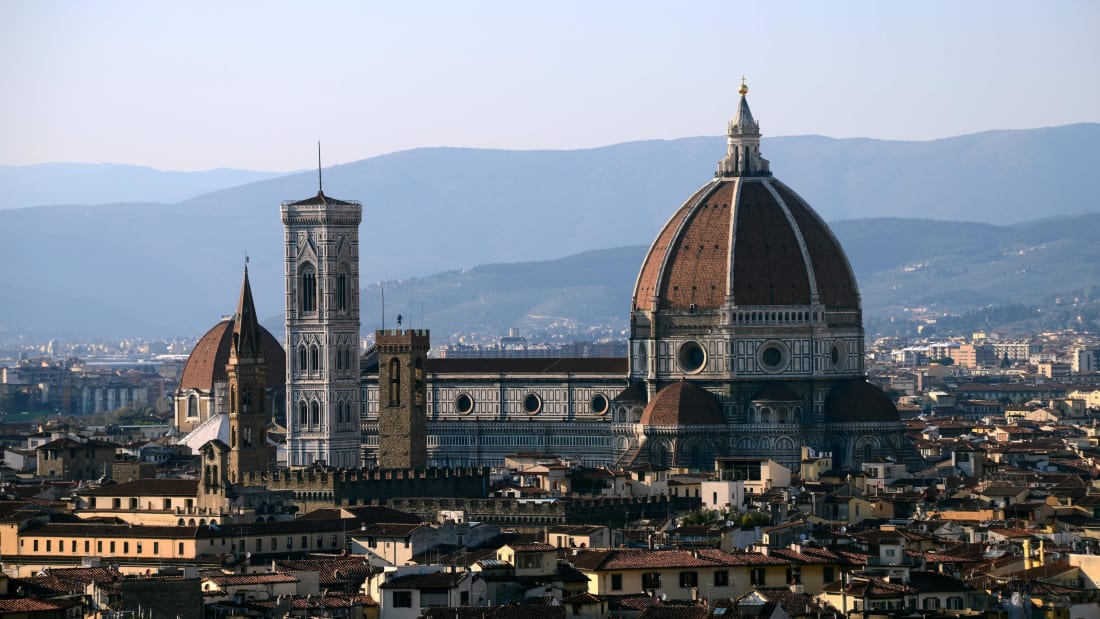 Florence, Italy (CNN) — Its founder calls it “the biggest shakeup in Italy” in the past decade, it’s been hailed as a “vital way to combat overtourism,” and now it’s ready: the region of Tuscany has taken the first step towards becoming one giant gallery. The Uffizi Galleries in Florence — Italy’s most visited museum, and home to perhaps the world’s greatest collection of Renaissance art — has launched its Uffizi Diffusi, or “Scattered Uffizi” project, which will see works of art taken from the gallery and displayed around the wider region of Tuscany.Up to 100 regional galleries will be created in the next five years, in a bid to put a halt to the overtourism that has come close to overwhelming Florence in recent years.Artworks will be re-homed in small towns and villages, in a bid to spread tourists — and their spending, as well as their impact on the environment — around the region, instead of centering them around the Florence honeypot.The future will see ancient palazzos, convents and crumbling turn-of-century spas converted into permanent exhibition spaces, but the project is launching this summer with five temporary exhibitions to be held in the area surrounding Florence.

Castiglion Fiorentino is doing an art swap with the Uffizi. Uffizi Galleries Called the “Terre degli Uffizi” (“Lands of the Uffizi”) project, it will mark the 700th anniversary of the death of Dante, drawing links between the region and the poet, who was exiled from Florence for political reasons.San Godenzo, a village in the mountains near the border with Emilia Romagna, was the birthplace of Renaissance painter Andrea del Castagno — and also the place where Dante was staying when he was condemned to death in absentia from Florence in 1302. He left San Godenzo, never to return home, and died in Emilia Romagna.

The exhibition will link the two men with a fresco of Dante painted by Andrea del Castagno, which has been been restored and will be returned to his hometown from July 26 to September 5.Anghiari—famous for a Renaissance battle which featured in a lost painting by Leonardo da Vinci—will host an exhibition on the culture of fighting and the self-made soldiers who went from being mercenaries to establishing their own, art-filled courts, such as Federico da Montefeltro, whose portrait by Piero della Francesca is one of the most famous works in the Uffizi.Poppi, a pretty hilltop village in the foothills of the Apennine mountains east of Florence, where Dante wrote some of the “Divine Comedy,” will have a Dante exhibition centered round a painting of Paolo and Francesca, the most famous story of forbidden love in the poem (in which they were confined to the second circle of hell).

By Nicola Monti, it is a recent acquisition by the Uffizi. The exhibition will be held in the hilltop castle of the Guidi counts, political allies of Dante himself.Related contentVenice and Florence demand a curb on AirbnbThere will be an exhibition of “Giottesque” paintings in the Valdelsa region in Montespertoli, a tiny hilltop village 40 minutes southwest of Florence. The painter Giotto — one of the most famous of the early Renaissance — influenced local artists, whose work will be shown in the rectory of the local church. And the town of Castiglion Fiorentino will do an art swap with the Uffizi themed around St. Francis. Officials will send their flagship painting by Bartolomeo della Gatta to the Uffizi, where it will take pride of place in the 15th-century rooms. In return, the Uffizi will send its painting, “St. Francis Receives the Stigmata,” by early Baroque painter Cigoli, to the town.