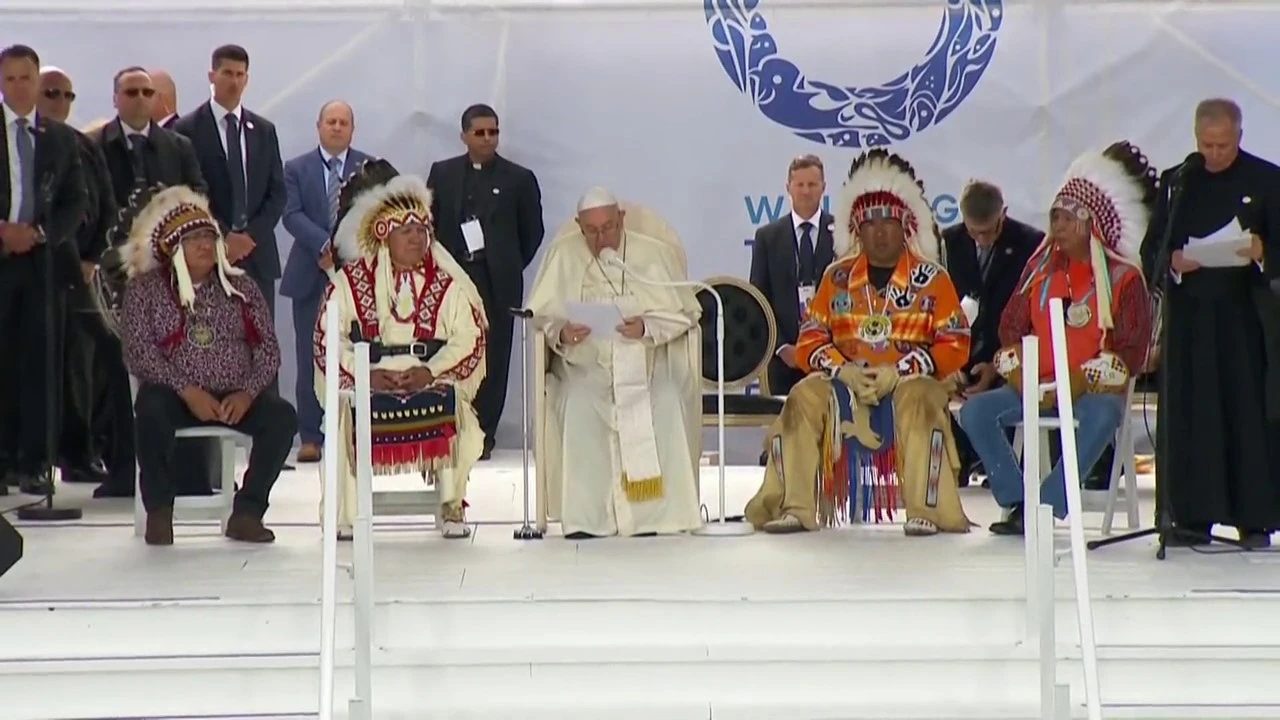 GlobalNews – Tears streamed down the faces of Indigenous elders and survivors of residential schools as Pope Francis stood before them and begged forgiveness for the “deplorable evil” committed by the Roman Catholic Church.

Francis, at his first public appearance in Canada in Maskwacis, Alta., said he was sorry the church took part in the cultural destruction and forced assimilation of Indigenous people.

“In the face of this deplorable evil, the church kneels before God and implores his forgiveness for the sins of her children. I humbly beg forgiveness for the evil committed by so many Christians against the Indigenous Peoples,” Francis said Monday through a translator at the community’s powwow grounds.

Reconciliation ‘a grace that must be sought’: Pope Francis addresses Indigenous church on visit to Canada

CTVNEWS – Hours after apologizing for the role members of the Catholic Church played in Canada’s residential school system, Pope Francis received a welcome greeting at the Sacred Heart Church of the First Peoples in Edmonton on Monday, where he offered his own reflections on the meaning of reconciliation.

The Pope is undertaking what he is calling a “penitential pilgrimage” as part of an effort to acknowledge the wrongs done to Indigenous Peoples in Canada through the residential school system.

Earlier in the day, Pope Francis issued a public apology and asked for forgiveness during a stop at the former Ermineskin Indian Residential School in Maskwacis, Alta.

Addressing the parishioners of Sacred Heart, a Catholic parish that incorporates Indigenous rituals, Pope Francis commended them for their openness and inclusivity, as well as their charity work.