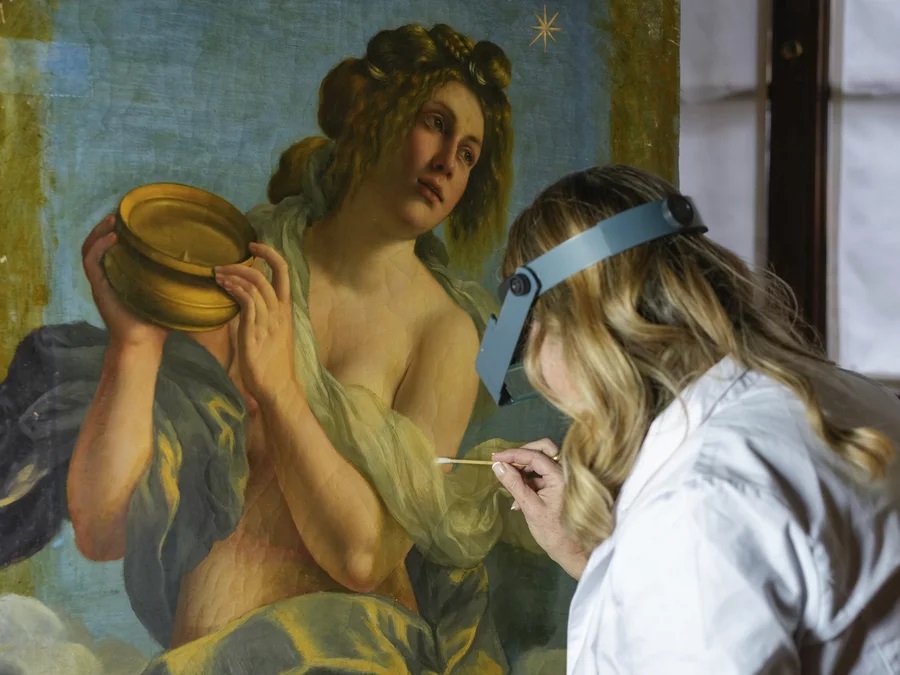 npr – Art restorers have embarked on a project to digitally unveil what was once a nude painting by Italian baroque artist Artemisia Gentileschi, one of the most prominent female artists from the period.

The Allegory of Inclination, as the 1616 work is titled, originally depicted a nude female figure. But about 70 years later, the nudity was concealed with another painter’s addition — to adhere to the moral sensibilities of the male-dominated art world.

The painting was brought down from the ceiling of the Casa Buonarroti museum in Florence, Italy, last month as part of a six-month restoration process called Artemisia Up Close.